With the Redmi 5 and Redmi 5 Plus launch event around the corner, Xiaomi is in overdrive mode in promoting the handset online. But even as it stays mum on the how much the handset will cost, a new leak has revealed what the Redmi 5 price might be. The key specifications of the two handsets had been leaked previously, and official teasers have revealed the design language they will follow, with the bezel-less design and 18:9 aspect ratio front and center. The first sale will reportedly hold on December 10.

According to a AliExpress listing, the Redmi 5 price will be $199.99 (roughly Rs. 12,900) for the 2GB RAM and 16GB storage model. In a previous leak, the price of Redmi 5 was pegged at CNY 1,399 (around Rs. 13,600). Similarly, the Redmi 5 Plus is said to cost $249.99 (approximately Rs. 16,120) for the 3GB RAM and 32GB storage option, the listing says. Both the phones will come in Black, Blue, Gold, and Pink color options, it mentions. The official images shared by Xiaomi global spokesperson Donovan Sung showed the Black, Blue and Pink colors, while the video teasers showed the Gold color as well. 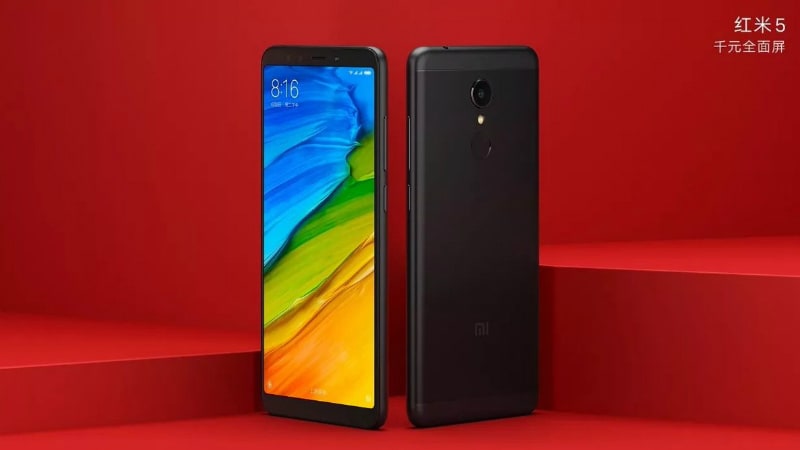 The seller name on the AliExpress listings is Xiaomi Online Store and mentions the products are in the pre-sale stage, meaning the specifications may be changed before the launch. However, it may not be officially linked to the smartphone brand, so the pricing needs to be taken with a pinch of salt.
A TENAA listing had previously leaked some of the key Redmi 5 specifications, including three RAM and storage options – 2GB/ 16GB, 3GB/ 32GB, and 4GB/ 64GB. Storage is said to be expandable via microSD card (up to 128GB). The smartphone was listed with a 3200mAh battery – significantly smaller than the Redmi 4’s 4100mAh offering. It is said to sport 12-megapixel rear camera and a 5-megapixel front camera. Dimensions are listed as 151.8×72.8×7.7mm and a weight of 157 grams. The smartphone is listed to run Android 7.1.2, tipping an MIUI 9 build out-of-the-box.