Indian cricket team captain Virat Kohli could be getting married to actor Anushka Sharma in Italy on December 15, if information coming out of the ashram of her family priest is any indication.
People at the ashram of Maharaj Anant Baba in Haridwar were tight-lipped about the whereabouts of their guru when News18 approached them, but discreet inquiries revealed he has indeed gone to Italy to preside over the Indian wedding of the decade and that it is happening on December 15 – and not December 12 as widely reported.
“Anushka was here a few days back. She came to meet Guruji. A team of three people then left the Dham on November 28 to do preparation for some functions. On December 2, Baba ji flew out of Haridwar. He won’t be back here until 15th as her wedding will be in Italy on that day,” a top functionary there said. 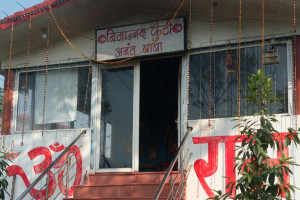 Maharaj Anant Baba is the guru at Anant Dham in Pathri, Haridwar and was spotted at the Mumbai airport on Thursday evening leaving along with Anushka. People close to Virat and Anushka have not confirmed reports about the wedding, but all indications are that the ace cricketer would get hitched to the talented Bollywood actress this month. 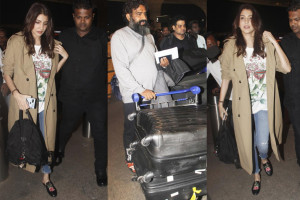 Last year too, when the rumors of Anushka and Virat’s wedding were rife, the two had dropped in at Anant Dham to greet the Maharaj and seek his blessings during their trip to Uttarakhand.

Don't want to hype this and all but it's the same baba who was snapped with Anushka and Virat in uttarakhand. pic.twitter.com/UtLJjEYTWF

Anushka’s family members have been dedicated followers of the Maharaj and have been visiting him for years now. It’s important to note that Maharaj has previously graced almost all important occasions of the Sharma family.
Other reports said pre-wedding celebrations will be starting in Tuscany from Saturday, while an uber luxurious hotel in Milan will host the couple’s wedding. As of now, Anushka and her immediate family and family priest, as well as Virat and his childhood coach and mentor have headed to Italy; Deepika Padukone, who left for the country at the same time, is also suspected to be joining the happy couple.